Alpha Lake is the most southern of the five large lakes near Whistler BC.  It is located in the Creekside District of Whistler.

Visitors can access the lake from Alpha Lake Park which features a sandy beach, wharf, playground and a tennis court. 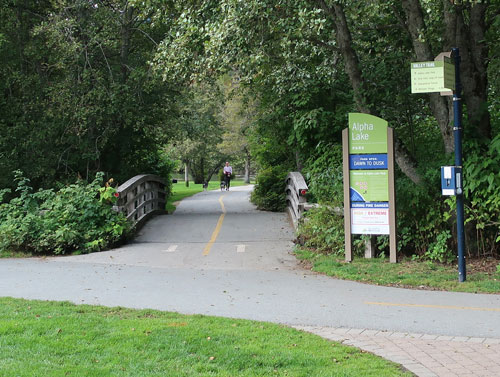 The children's playground contains a cute "Owl's Nest" play structure.  There is also a dog park which is appropriately referred to as "Arfa Park".

Nita Lake is just a short walk northeast of Alpha Park.  The Whistler Railway Station can be found between the two lakes. 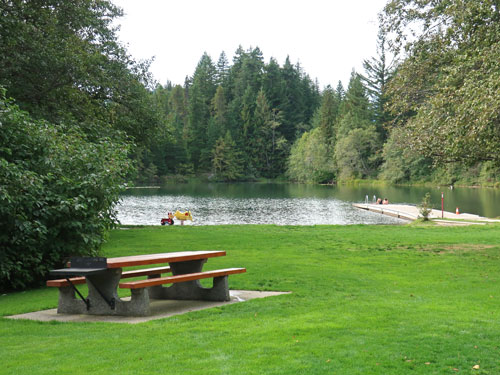 Alpha Lake Park is located just off Lake Placid Road in the Creekside District.  It is approximately 5 km from Whistler Village.

The park is also accessible by foot or bicycle via the Valley Trail System.